In which Doing a Good Deed turns into a Feel-Like-Crap moment. 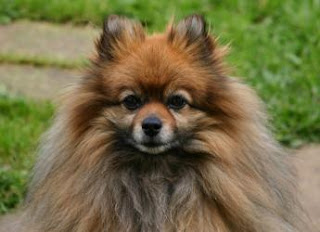 So, this afternoon on my way to the grocery store from lunch, I came upon a small traffic jam at the corner of Rt. 5 and Hall Ave. in Meriden; a usually very busy intersection.

A very small dog, not the sort you would ordinarily see roaming out by himself, was in the middle of traffic, darting unpredictably to and fro, and barking madly at everything. He was confused, lost and scared, and was going to be run over at any minute. I, and another motorist, pulled our cars over, got out, and managed to lure this frightened little animal out of traffic and into a yard, where we managed to get hold of him by the collar. As we began to look around for where he might have come from, a woman emerged from the house.

While she screamed at us to let her dog go (with much profanity), we tried to explain that her little dog had nearly just been killed in traffic and we managed to save him. He wriggled free and dashed for the house; obviously his home. She continued to spew obscenities at us until we excused ourselves and ran for the safety of our own cars.

Like the Good Samaritan, I did not stop because I thought there might be some reward in this for me. I stopped because this little dog was in real danger of being immediately run over and killed in traffic, and I just happened to be at the right place at the right time to do something about it. I did not, honestly, expect to even find where he lived right at that moment, I just knew that if I didn't stop my car and get out, he would be killed and I couldn't let that happen.

But it would have been nice for the lady to at least thank us. I've been annoyed and hurt about this all afternoon. What have we become in this country when two strangers, who, frankly risked our own safety to rescue this dog, are not thanked, but are treated to a tirade of abuse and invective? Have we become so jaded and insensitive to the things that others do for us? I have no idea what sort of day or what sort of life, or what sort of situation the woman in the house was having. Perhaps the dog got out during a domestic fight. Perhaps she let it out in a fit of fury? Who knows. This whole experience has left me slightly rattled and annoyed and upset. And, I'd do it all again. Or would I?
Posted by James J. Olson at 2:32 PM No comments: